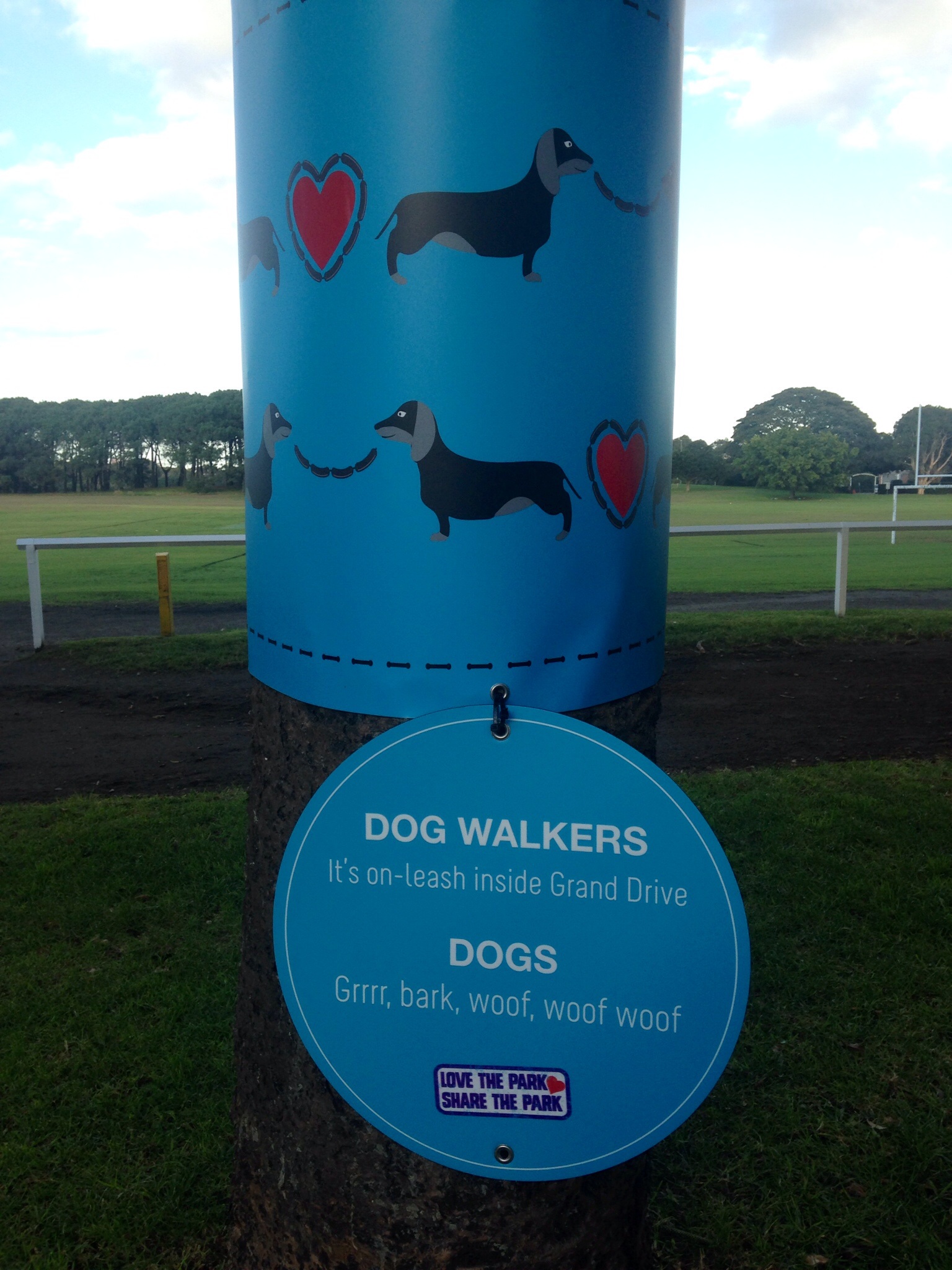 How many different signs does the average person get exposed to every day? At least hundreds. There are over 1000 different variants of highway signs, not even thinking about signs in parks. And how many attempt to engage the viewer? The posting of signs posted in Sydney parks are pretty special in that they engage dog walkers while bring a smile to our faces. What a clever idea! The message is serious (dogs must be on leash), but the art is fanciful and engaging, especially to dog owners. Wouldn’t it be great if more signs made an attempt to engage the viewer? Manhattan has a problem with dog walkers allowing their pets to urinate on the flower we lovingly cultivate at the base of trees. Each block tries to convince dog owners to STOP THAT. Almost always, these are pleading or punitive. Perhaps it would work better to follow the Australian lead. Highway sign designers could also be encourage to test their signs with visitors. Too many signs are only for those who already know whe 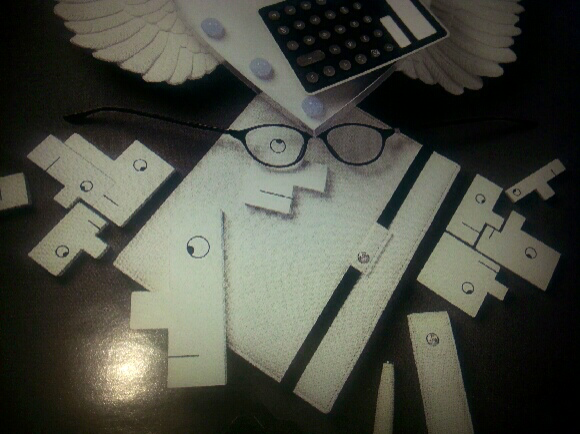 Our world and our lives are complex and seem to grow more so every hour.  How can you better deal with complexity and even prosper?  I believe if you change the way you observe the complexity you encounter, you can. Complexity brings bigger, more knotty problems.  First step is to describe the big problem and then break it down into smaller problems.  Once you’re pulled out the threads of smaller problems you can brainstorm solutions to the ones that have immediate answers.  And reduce the risk for those that don’t.  See, the big knotty problem is already smaller. Here’s an example.  I have to get back home by 5 pm after a long weekend in the country, but there is roadwork.  What are the sub-problems?  The 5 pm deadline: - can it be changed so that I can drive when the highway is freer?  The slow drive – are there alternate modes of transportation such as a train?  The highway itself – what are the alternate routings? 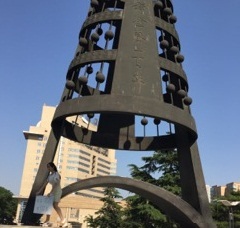 Listen to the Music of your Life

Watching for clever ideas as you move around your world is important, but so is listening for clever ideas. At least a third of us learn best through hearing, but everyone can attend to sounds. To quote the entertainer I hear on the subway today, “Our lives are songs, so enjoy the music.” Western education doesn’t emphasize listening skills. It’s “Reading, Writing, and ‘Ritmatic,” but nothing about how to be attentive to what you hear. The appreciation for oral transmission of knowledge is fading. Calling students to learn with a bell permeates many cultures from the Confucian times when teachers rang an ornate bell to summon their students to the school bell that teachers rang outside the little red school house on the American prairie in pioneer times. So, when you travel, when you walk around, even when you on in a car, train, plane, or bus, listen for clever ideas. I heard them in the Zurich airport when the cow bells were ringing as I transited between terminals an 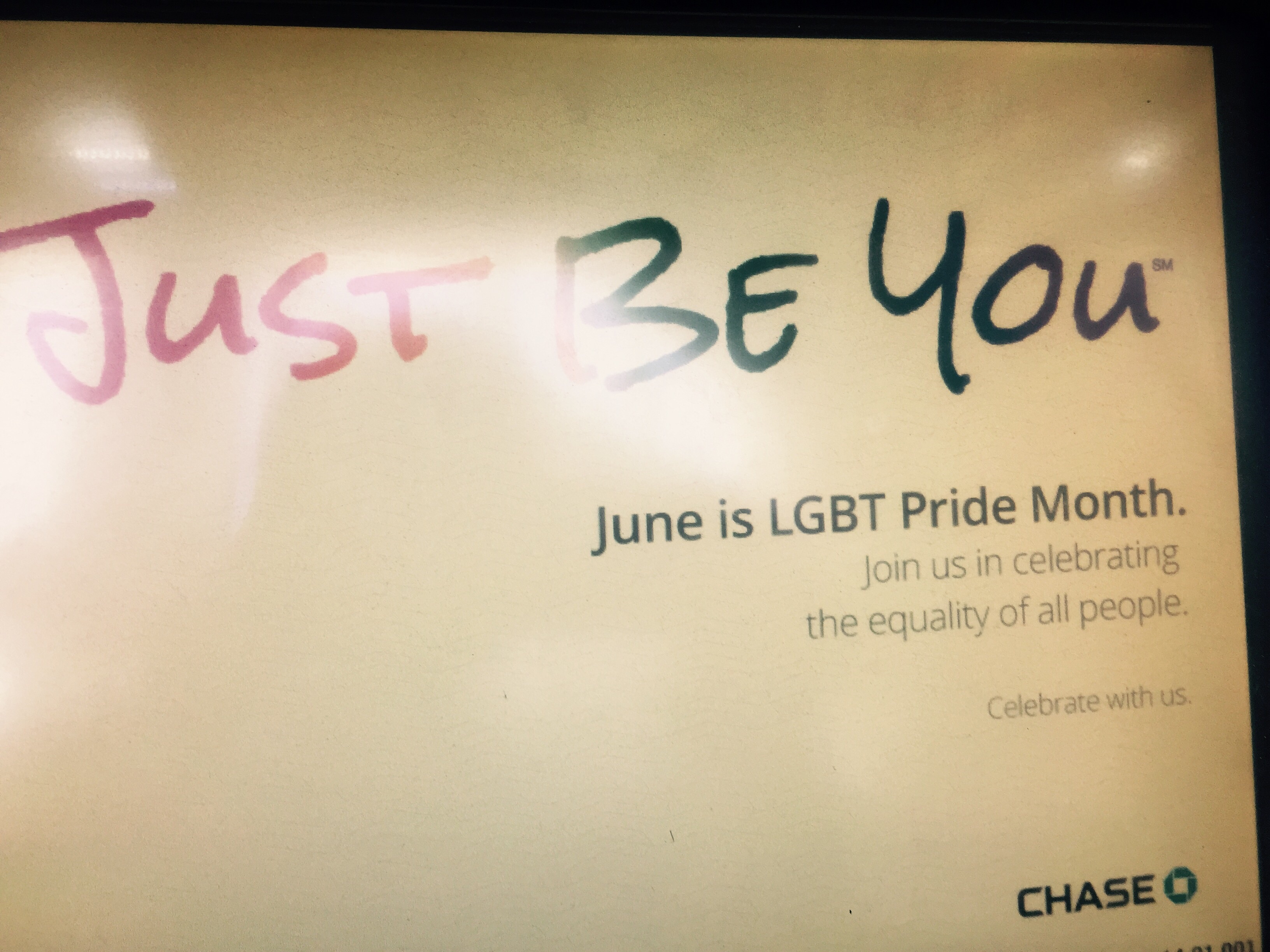 On the occasion of Gay Pride Day even banks encourage to just be you. The nearly 50 years of often painful struggle for the LGBT movement underscores how it's not always easy – for the individual or the society preferring to keep with the old ways. Even today the New York City parade took over my neighborhood requiring an hour to cross the street to get home. Yes, it’s a clever idea to focus an honest eye to who you are at your most basic and express that even when it's difficult. Different makes many uncomfortable so often you have to time the revelations of your honest eye so others can hear. And see the benefit on acknowledging differences. This Is true for females as they've risen to power in organizations and for those of minority religions working in intolerant organizations. It's a clever idea to use the “Do – Pause” model when you're acting on your honest eye. Try expressing what you see softly, then pause a second and consciously gauge reactions. Should you continu 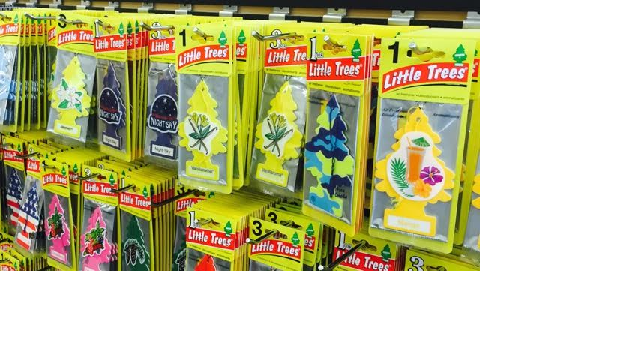 Being There Where and When Wanted

It’s one thing to have a clever idea, but the world probably won’t notice unless it’s at the right place at the right time. The ultimate cleverness is being there where and when wanted. One example is the umbrella street vendors in Manhattan who appear only when it’s raining. I spied this display of car deodorizers was only 10% of the variants on this clever idea in the waiting lobby of the Riverhead car wash. Every car owner has to wait there while the car is vacuumed, hooked up to go through the line where spraying, soaping, and polishing occur. The people who spend the $25+ for a car wash are self-selected to be people who have pride in keeping a car clean and have a car where that’s worthwhile. They are the ones most likely to also want a sweet-smelling interior. So whether you want vanilla, springtime freshness, or just simple deodorizing, it’s there when you also have your wallet out. by Dr Sabra Brock, co-founder of Idea Spies 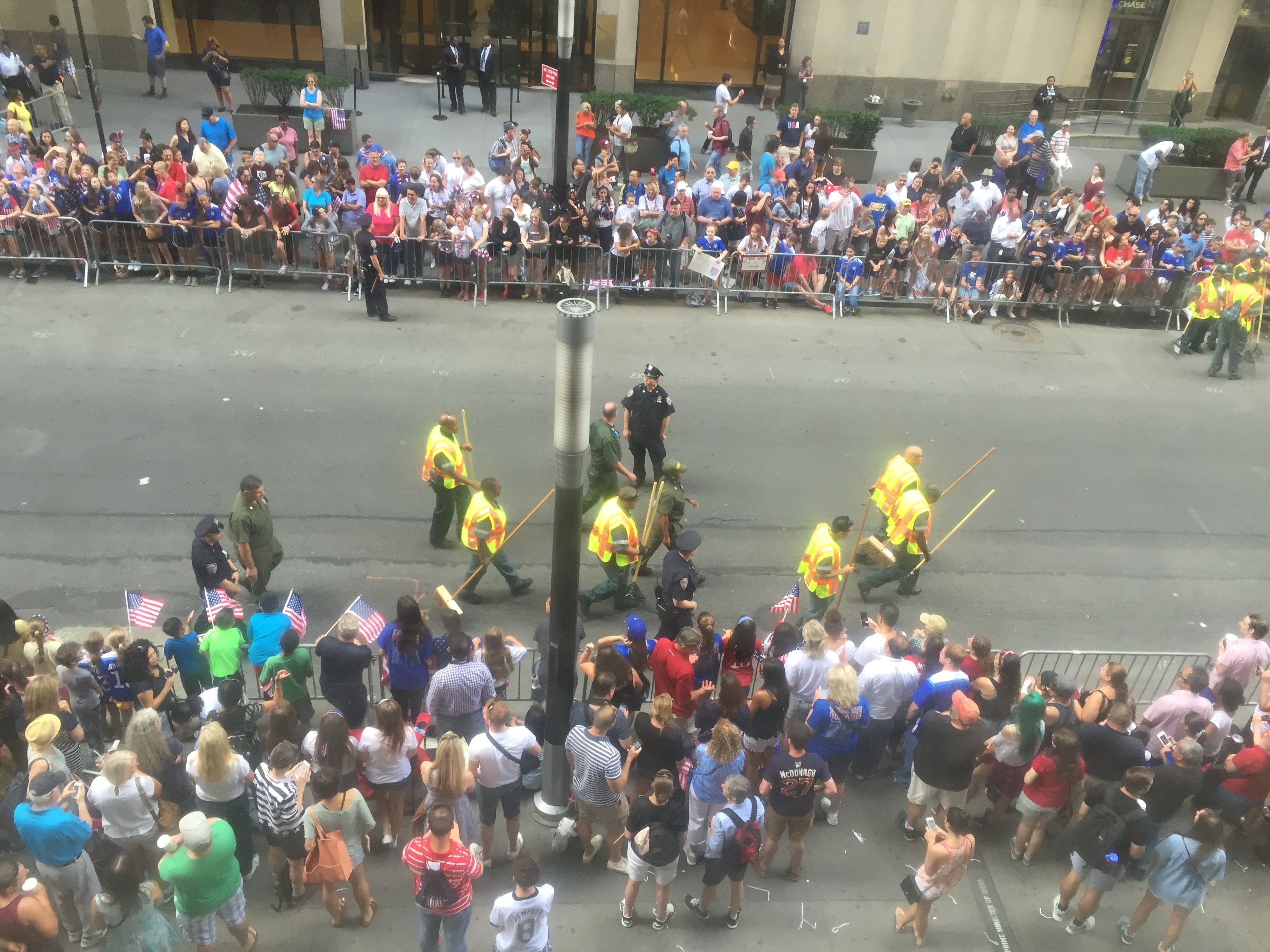 Observing and Appreciating the Everyday

Being alert to clever ideas is fairly easy when you’re on vacation. Isn’t experiencing the new a reason most of us endure many hours in airports and planes? That curiosity is a very human characteristic and one of our secrets of survival as a species. Training yourself to watch and listen for everyday clever ideas can make life so much richer. After all, vacation time is less than 10% of a life. As I watched the ticker tape parade for the American Women’s Soccer Team, I was intrigued by the important part that the New York Sanitation Department played in the parade. Not only were their trucks decorated to “march” in the parade, but also dozens of workers stood ready with brushes, brooms, and blowers. Cleaning up tons of paper from a busy urban street is time consuming; and the quicker it’s done, the faster the major artery is open for business. Being alert everyday serves the dual purpose of creating a safer personal environment as well. You can practice everyday alertnes