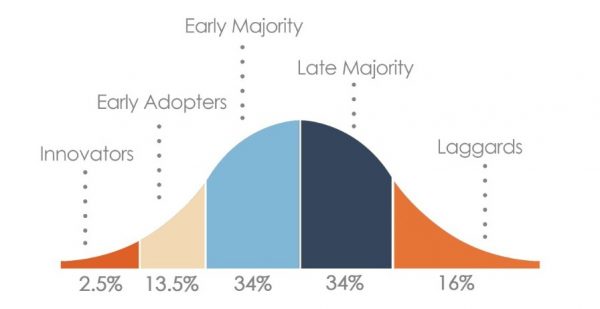 IdeaSpies was developed as a public interest ideas platform to share clever ideas happening around the world that will improve our lives.

It was suggested that IdeaSpies be tailored for use by organisations to answer two questions.

IdeaSpies was seen to offer the perfect solution given it had already been used by people around the world to post and share ideas.

KPMG GWS (Greater Western Sydney) agreed to trial a tailored version of the platform to ascertain if it could achieve agreed objectives.

A Proof of Concept was agreed with the specific objective of generating 20 ideas from 80 staff from 1 August 2017 with at least one idea having significant potential benefit.

A general objective was to encourage a culture of innovation which would improve staff engagement.

A private subdomain of the IdeaSpies platform was created for KPMG GWS allowing staff to submit ideas to improve the way they work.

This innovation program was announced to all staff attending a monthly regular staff meeting. They were given the opportunity to share their ideas, either using their own or a fun Idea Spy name, and have colleagues comment on and rate the ideas. They could use images to show them and post more than one idea.

Four inspirational categories for ideas were chosen by KPMG GWS:

Rewards were clearly shown on the platform in the menu. The judging panel included a senior business advisor from Western Sydney University. The prize was a $500 gift voucher. Dates for judging were clear and timely.

A communications plan was developed and a project manager at GWS was appointed to oversee it. The communications were designed to encourage staff participation and included emails, newsletters, a video from the Managing Partner and posters around the office.

The innovation program was split into 2 periods of 4 weeks each, with presentations to winners at monthly staff meetings.

More than 50% of staff registered to participate, a high response rate for a voluntary program. Most used fun Idea Spy names and images to present their ideas. 17 ideas were received in total, 9 in the first period and 8 in the second.

The winning idea from the first period was an idea that helps key staff and clients get a hands on demonstration of a recently developed KPMG online R&D claim management service. It was implemented successfully by the winner during the second period. When rolled out across KPMG Australia it will enable a higher uptake of this risk management and efficiency tool.

Other ideas are being implemented as well.

“IdeaSpies Enterprise was very well received by staff. It’s thought provoking and easy to use, with no training needed. In the early stages of the trial we made some suggestions which were immediately taken up to improve the platform.

“Staff saw the program as an opportunity to suggest ideas that could improve the way they work. In addition to specific ideas we saw themes coming from the ideas that have led to improvements.

“We believe that, as well as useful ideas and themes, we gained a benefit in improving staff engagement. We’re also very pleased that the winning ideas are attractive to clients and expected to generate extra revenue. We plan to repeat the program this year when new staff join.”